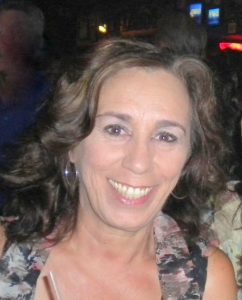 Maureen Sutherland (Severs), born June 10, 1952, in St, Louis, Missouri.  Parents were Harry and Margaret Severs.  She graduated from Mehlville High School in St. Louis Missouri.  After graduation she married Larry Pelts and at the same time began working her dream job at Maritz, where over 30 years, she was promoted several times for not only her dedication and skill, but also for her amazing work ethic.  Even though she became a Mom while working, she continued working and enjoyed a very long and distinguished career at Maritz.

Maureen retired which enabled her to spend more time with her daughter and granddaughters.  However, while life may throw us some curve balls, we have to see that it is in God’s plans and even though Maureen divorced Maggie’s father, she met and married a wonderful man named Steve Sutherland and they spent many happy years together until his passing.  Whereupon she moved to Texas to be closer to her daughter and granddaughters. She even went back to work at a local law firm.

Because she so enjoyed spending time with Maggie and her granddaughters, Joel and Maggie asked that she move in with them so they could be together and she could be a full-time grandma.  Her granddaughters loved her and wanted people to know these things about her:

Ally loved playing Star Wars with Grandma; Abby really enjoyed playing Barbie with her; Ava and Anna had many sleepovers, tea parties and dance competitions with grandma as the judge and also many girl’s shopping trips.

Maureen was an amazing woman, mother and grandmother, and she will be missed by many and forever in their hearts.

Even though the world was struggling last year, Maureen became so much closer to her family due to everyone being at home.  They played card games, watched movies and enjoyed their time together and were blessed to get to know each other even more.

Maureen is survived by her daughter, Maggie Pelts Norton, son-in-law, Joel and her granddaughters, Ava, Anna, Ally and Abby.

Condolences may be sent to the Sutherland family in care of Jeter Memorial Funeral Home at www.jeterfuneralhome.com.