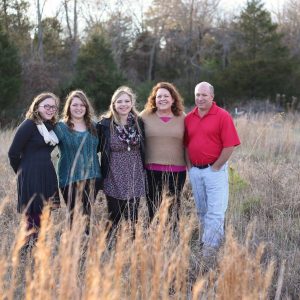 Karon Lynne Peryam was born on March 14, 1964 to Kenneth and Rose Altom in Orlando, Florida. She was surrounded by her friends and family before she peacefully left her earthly home on September 17, 2022 after a long battle with cancer. She is survived by her husband of 28 years, Jimmy Peryam, her children, Amy, Emily, and Samantha Peryam, her mother, Rose Altom, her in-laws, Jimmy and Darlene Peryam, her sisters, Vonda Wall, Renee Lyons, Kaye Boelsche, and Tammy Bolton, and her many cousins, nieces, nephews, brother-in-laws, and friends.

Karon grew up in Southeast Houston after her family moved from Orlando so her father could join NASA’s Apollo missions. She grew up at Sagemont Church, which she loved her whole life. Karon attended J.Frank Dobie High School before studying political science at Texas A&M University. During her undergrad, she interned at NASA and worked on the Space Shuttle program. Her work even earned recognition at the Lone Star Flight Museum located at Ellington Field. She would later earn her Master’s in public affairs from Texas A&M as well. After graduating, Karon began teaching government at Sam Rayburn High School. However, that didn’t last long before she found her true passion and started her career at Memorial Hermann Hospital in Information Systems and would spend over 30 years working for Memorial Hermann. She was highly respected and regarded by her coworkers.

Karon and Jimmy met in 1990 while they were both playing club volleyball. They began dating a little while later and were engaged in Fort Lauderdale, Florida in 1993. Jimmy and Karon were married on January 29, 1994 at Wilburn General Baptist Church in Wilburn, Arkansas. In December of 1995, Karon and Jimmy welcomed their first daughter, Amy. After moving to Santa Fe, Texas, they welcomed their second and third daughters, Emily in 1999 and Samantha in 2002. The Peryam family then moved to Friendswood in 2004, where they have been ever since.

Karon loved the little things, and found joy in every aspect of life. She loved tea parties, period dramas, eccentric gift giving, Gringos, reading, and puzzles. Karon could always find a way to make things fun and spark child-like joy in mundane tasks. She often commented that she wished there were playgrounds that were made for adults. Karon was patient, kind, optimistic, creative, and adventurous in her own way. She was an avid reader and wrote poems for every occasion she could. Karon loved her family fiercely and they meant the whole world to her. Her kids are so proud of the woman she was and the women Karon raised them to be.

Karon was beloved by everyone she met and will be dearly missed.

Visitation will take place on Friday, September 23, 2022 from 6-8pm at Jeter Memorial Funeral Home, 311 Friendswood Dr, Friendswood, Texas 77546 (281) 992-7200 and services honoring Karon will take place on Saturday, September 24, 2022 at 2pm at Sagemont Church, 11300 S. Sam Houston Pkwy E. Houston, Texas77089. In lieu of flowers, her family is asking for donations to be sent to the Pink Fund (www.pinkfund.org) or The National Lymphedema Network in memory of Marilyn Westbrook (www.lymphnet.org) so that other women may receive the same level of care that Karon did.