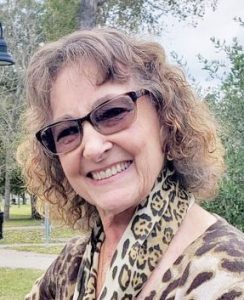 Bonnie Lou (Knight) Dotson, 81, of Alvin passed away December 24, 2020 at Clear Lake Hospital after a bout with cancer. She was born November 25, 1939 in Alvin to parents Harry Davis Knight and Bernice Calvert Knight.

Bonnie was a lifelong resident of Alvin where she attended Alvin schools. She was a member of Alvin Church of Christ.

At the age of 13, Bonnie met someone that became "the love of her life," Ernest Glenn Dotson. Glenn's dad worked with Bonnie's dad and Glenn was their helper. They dated off and on for about 4 years and then they eloped and were married in Cold Springs, Texas September 25, 1956. Their lives began and they were blessed with 2 daughters, Glenda and Connie.

Bonnie was raised on a farm with lots of cattle, horses and she knew what hard work was all about. She loved the outdoors, she enjoyed hunting and fishing and family time together.

Bonnie will be remembered for her big personality, her generosity, she loved life to the fullest, she enjoyed spending time with family and friends, and had a smile that could light up a room.

A Celebration of Life will be held Thursday, December 31, 2020 at 10 am at Jeter Memorial Funeral Home with Gary Coffman officiating.

Interment will immediately follow in Confederate Cemetery in Alvin, Texas.

Condolences may be sent to the Dotson family in care of Jeter Memorial Funeral Home at www.jeterfuneralhome.com.