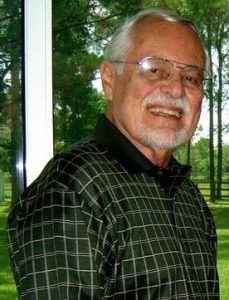 William “Bill” Tippit passed away peacefully on March 19, 2021, at age 84.  Bill was born in Paul’s Valley, Oklahoma.  His parents were Carol Lee Tippit and Dorothy Belle Piercy.  When Bill was five, his mother relocated her family to Galveston, Texas, where Bill attended school.  After high school graduation, he worked his way through the University of Houston, graduating in 1959 with a degree in engineering.  He would remain an avid Houston Cougar supporter throughout his life.

Following a stint on active duty as a member of the U.S. Air Force Reserve, Bill went to work at Exxon Oil Corporation.  Then after a successful 31-year career as an Exxon research engineer and department manager, he opted for an early pension.

However, Bill was far from “retired.”  While he was still at Exxon, Bill and two sons, Bill Jr. and Randy, had founded Tejas Testing & Inspecting, Inc., and guided them in further developing the business.

Then in 1993, still with a reserve of untapped creativity and energy, Bill founded and operated Olympia Orchids, a laboratory that specialized in breeding and selling hybrid orchids.  He quickly established himself as one of the world’s leading authorities on this process.

Eventually, Bill exited Tejas Testing leaving the business dealings to his sons, sold his orchid laboratory, and turned his attention to a pursuit he enjoyed during his younger days: pool.  As with his other pursuits, pool then received Bill’s total commitment.  Over the next two decades, both as a competition player and a team captain, his pool-league teams won several Houston Area championships, as well as competed in Texas state tournaments and the annual 10-day Billiard Congress of America national event in Las Vegas.  Also, with Tejas Testing serving as his sponsor, Bill conducted a popular annual pro-am pool tournament for skilled players over 55.

During the course of Bill’s varied 84 years, he formed close friendships with people from many walks of life.

Condolences may be sent to the Tippit family in care of Jeter Memorial Funeral Home at www.jeterfuneralhome.com.