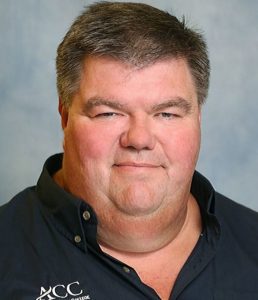 William "Bill" Cooper Lewis was born on October 20, 1961 to Betty Ouida Walters and Jack W. Lewis in Forest, Mississippi but made his way to Texas when he was 2 months old. He attended Clear Creek Independent School District and he was a very proud alumni of Clear Creek High School, Class of 1980. Bill consistently attributed his passion for education and his drive for success to his friends and their families in the Clear Lake, Nassau Bay, and Webster areas as well as his teachers from CCISD. He remained one of the Wildcats' biggest fans, even when his children and wife wore burnt orange.

He earned a Bachelor's Degree in Radio and Television and a Master's Degree in Communication, both from the University of Houston.

Bill married the love of his life, Barbara Williams Lewis, on December 15, 1984. They have 3 children, Thomas Christian, Geoffrey Cooper, and Samantha Carolyn. Bill's greatest passion was loving his wife and children.  He loved fishing, coaching, and watching Tom, Geoff and Sam play sports, and of course football. His favorite holidays were Thanksgiving and Christmas, because that is when the house was full of noise and chaos.

Bill served as an instructor in broadcasting with Alvin Community College for 35 years and has taught and mentored many radio and television professionals in the region and throughout the country. Listeners will recognize him most as the voice of Alvin ISD football games. Every Friday night in the fall since 1982, Bill could be heard on KACC 89.7 FM calling the plays of football games for Alvin, Manvel, Shadow Creek High and surrounding school districts.  For his dedication to the district, Alvin ISD named the second floor of the press box at Memorial Stadium as the Bill Lewis Media Room in 2017. In what would be his final game, Bill called the state championship win for Shadow Creek High School in 2019.

Aside from his duties as chair of the Communications program, Bill was the college's athletic director and had served as interim Dean of Technical and Human Performance programs. In 2010, Bill was recognized by his peers by receiving the ACC Foundation Excellence Award.

Bill is survived by his wife Barbara, daughter Samantha, son Thomas and wife Kathryn, son Geoffrey and wife Briana, and granddaughter, Evelyn; aunt Mary Ellen Stahl and husband Bob; sister Judy Price and brother-in-law John, and their daughter Jennifer; sister Marsha Watkins and her children Catheryn and Roo; brother Steve Lewis and sister-in-law Christine, and their children Elizabeth and Collin; brother-in-law Dale Binger, his sons Lyle and Matthew. Mother-in-law Nancy Williams, and Father-in-law Wayne Williams, brother-in-law David Williams and sister-in-law Anneke, and her daughters Aleathia and Savana; sister-in-law Susan Zebe her sons Michael and Robert; along with a multitude of great nieces and nephews and friends whom he deeply loved.

His family is holding a private service on August 15, 2020 and plans to hold a community wide celebration of his legacy at Alvin Memorial Stadium in the fall of 2020.

With the Lewis Family, the ACC Foundation will be honoring his legacy with the creation of the Bill Lewis Memorial Scholarship Fund. These scholarships will provide tuition assistance to ACC students in need and continue to celebrate Bill for years to come.  Donations can be made through this link https://epay.alvincollege.edu/C20358_ustores/web/product_detail.jsp?PRODUCTID=414 or mailing address Alvin Community College Education Foundation: 3110 Mustang Rd, Alvin, Texas 77511