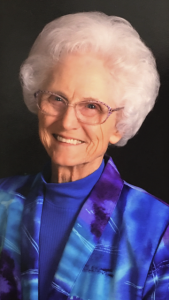 Vivian Juanice (Davis) Meadows left this earth for her heavenly home Friday, November 20, 2020 at the age of 85.  Juanice Davis was born on October 4, 1935 in Yantis Texas, the first of two daughters to Melvin and Lucille Davis. She recently celebrated the 64 year anniversary of her marriage to James Stanley Meadows on March 30, 1956.

The couple met when a group of soldiers newly returned from Korea attended a women's basketball tournament.  Juanice had been a standout player in high school and continued to play at East Texas State University where she also earned a Master Degree.  After marriage, they both took teaching jobs at a high school in Rockwall Texas.

Planning to stay two years, the pair relocated to Alvin Texas in 1958.  Instead she raised a family, anchored a home, and developed and maintained numerous friendships as she lived here the rest of her life.  In 1961, Juanice left the teaching profession to excel as a fulltime mother and homemaker.

She was an avid bridge player and enjoyed a wide variety of hand crafts.  Look any direction in any room in her home, and you will see a multitude items she has painted, crocheted, knitted, quilted, cross-stitched, or paper tolled.

A devout Christian, she took great pleasure in decorating the display window of the library at South Park Baptist Church where she was a member for over 60 years.

She was preceded in death by her parents Melvin and Lucille.  She is survived by her husband James Stanley Meadows, her sister Vallee Davis Rushing, her sons Stan and Devin, daughter in law Sun, grandsons Dustin and Damon, grandaughter in law Emily, and great grandchildren Kayla and Cooper.

Condolences may be sent to the Meadows family in care of Jeter Memorial Funeral Home at www.jeterfuneralhome.com.