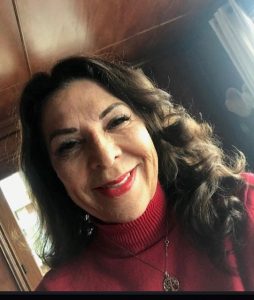 Vicki Dolores Howison passed away on Monday, August 10, 2020.  She was born on October 23, 1944 to Rosemary and William Swearingen in Washington D.C.  Vicki grew up spending time with each of her parents after they divorced in their new respective homes. William and Lorene Swearingen lived with their son John in Corpus Christi while Rosemary and Elmo Watson resided with their many children in Houston, Texas.

It was in Corpus Christi, Texas where Vicki would attend Calallen High School and meet her future husband David Howison.  David and Vicki were married at an early age and in 1962 moved to Houston, Texas starting a family. Their sons, David and Jeffery, were still young when they moved to Friendswood, Texas in 1971.  Vicki was the Team Mom type and was always involved, dedicating her focus to taking care of her sons.  She attended all of the football and baseball games, swim meets, theater events, never missing a one, while making lifelong friends who were doing the same.

She provided this love and support all while having several different careers.  Over the years Vicki worked at Friendswood Junior High, Enron, and El Paso Energy, before retiring from Enterprise Products in 2017. She was always very active at work organizing many charity events over the years and made many close friends she still has to this day.  Later in life she was active in the Friendswood Animal Advocates and spent much time doting over her own beloved fur babies.

Once her own children were grown Vicki (aka Granny) found new joy in her precocious grandchildren Trenton, Jamie and Kelsei Howison and later still in her great-granddaughter Kylee Howison. They were her pride and joy as evidenced by the multitude of photographs that decorate the walls of Vicki's home.  She would look forward to every event and be the first one in attendance. She treasured every moment spent with her family.

If Vicki was not at home or with family, you would often find her spending time with high school friends from Calallen or traveling with her life long, dear friend Charlotte Lawrence.  Over the last several years Vicki and Charlotte ventured to Charleston, Hilton Head, Savannah, Washington DC, Big Bend, Guadalupe River Resort, Rocksprings Texas and Galveston for Beach House time.  They were busy ladies that took a lot of selfies and made wonderful memories. Spending time with Charlotte introduced Vicki to new friends in Ingleside On the Bay where Charlotte resides.  Meeting these new friends allowed Vicki the opportunity to house sit and take care of the beloved hound dog Ellie Mae for weeks at a time by the beautiful bay water.  These experiences provided much enrichment to her final years. Special thanks to Charlotte and the IOB group for their friendship and acceptance in welcoming Vicki into their circle.

A special acknowledgment to John Swearingen, her brother, who lived with her and provided her with unwavering love and support.  Vicki is leaving a void in so many lives.  Her passion for life, her strength, her vitality, and her unconditional love will be missed.

Due to current times services have yet to be determined.  In lieu of flowers please consider a donation to Friendswood Animal Advocates at P O Box 722, Friendswood, Texas  77549.