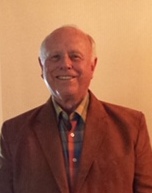 Thomas Lee Alexander, Jr., beloved husband, father, brother, and friend passed away on July 16, 2020, at the age of 83, after a battle with cancer.  Tommy as known to all, was born November 10, 1936, in Galveston, Texas, the oldest of three children of Thomas Lee Sr. and Laverne, Rosie, (Park) Alexander.

Tommy grew up in Galveston, Texas, and attended Kirwin Catholic High School for boys making many friends which lasted his lifetime.  In 1953, Tommy and his friends formed a country western band called "Broomstick Cowboys" starting at a talent show then performing at the Menard Youth Center and around the Galveston area.  Tommy was active in the Coast Guards and achieved a Black Belt in Karate.

Tommy and Charlotte were married in 1969 and celebrated 51 wonderful years together. Along with music, Tommy enjoyed spending time in the kitchen creating wonderful meals and desserts which were passed down from his mother and grandmother and shared with everyone. Tommy also enjoyed the outdoors camping with his family, fishing, and hunting, however, playing music and his family were always the first loves of his life.

Tommy was an active member of Mary Queen Catholic Church and a 4th Degree Knight in the Knights of Columbus.  He was a District Manager with Mutual of Omaha and retired after 31 years, in 1992.  After retirement, to keep active, Tommy went to work part-time with Crowder Funeral Home and later with Jeter Funeral Home.

Tommy was preceded in death by his parents, Thomas Lee Jr. and Rosie Alexander, and one sister Barbara Alexander.  Tommy is survived by his wife, Charlotte, sons Thomas L. Alexander III and Michael A. Alexander, step-son Charles L. LeGros Jr, sister and brother-in-law Joan and George Loessberg, along with many nieces and nephews.

A Visitation, Rosary, and Mass will be held at Mary Queen Catholic Church, Friendswood, Texas, on August 1, 2020, beginning at 11:00 AM.  For those of you who cannot attend but wish to support the family, the funeral mass can be viewed and is scheduled to begin at 12:00 noon on the Mary Queen Church Facebook page.

In lieu of flowers, a donation can be made to the American Cancer Society online at www.cancer.org

Condolences may be sent to the Alexander family in care of Jeter Memorial Funeral Home at www.jeterfuneralhome.com.