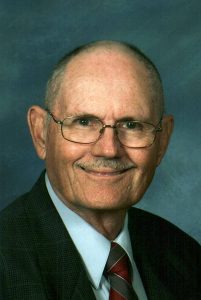 He graduated from Lamar High School in 1955 and served 3 years in the United States Army Signal Corp.  After his discharge he enrolled in the University of Houston, where he received the Bachelor of Business Administration.  In 1963, he became licensed as a Certified Public Accountant.  Tom practiced public accounting in the Clear Lake area for 39 years.  While in college, Tom married Sue Switzer and they had three children together, Bill, Katy, and Chuck.  They were divorced after 5 years of marriage. He later married Rosemary Perry and became stepfather to her four children, Larry, Carol, Susan, and Jerry.  During their marriage they both became involved in the Coast Guard Auxiliary.  In 1962 they sold their home and moved aboard a 36' Grand Banks.  With this boat they responded to many distress calls referred to them by the Coast Guard station in Galveston.  Tom served on the original board of directors of the Clear Lake Water Authority.  Tom and Rosemary were divorced after 12 years of marriage.  In 1977 Tom married Elaine Wicks, and became stepfather to her daughter, Angela.  He was active in the Ambassadors of the Clear Lake area Chamber of Commerce and the Lunar Rendezvous Festival.  In 1995, they sold their home and moved into a 36-foot RV, planning on spending their retirement years seeing the country.  Beginning in the Spring of 1999, they traveled throughout the United States and Canada, sightseeing and volunteering for 3 week projects with NOMADS, a United Methodist mission outreach for people with RVs and 2 week builds with Habitat for Humanity Care-a-vanners.  During the years that Tom and Elaine traveled, they spent winter months in League City, where they participated in League City United Methodist Church mission trips to Costa Rica, Nicaragua, Jamaica, UMCOR Sager Brown in Baldwin, LA, Red Bird Mission in KY, and Lives Under Construction Boys Ranch in Missouri.   In 2003 Tom, along with his wife, Elaine and a friend, Joe Stevenson founded World Missions Possible, a non-profit organization, for the purpose of raising funds for mission activities.  WMP gave mission scholarships, sponsored fund-raising activities and mission trips for groups that had not yet received 501(c)(3) status, and conducted its own mission trips.  In 2010, they retired from the Board of Directors of WMP.   In 2007 they purchased property in Willis, TX and joined the Willis United Methodist Church, where they were again involved in mission work, repairing homes and a church damaged by Hurricane Rita.  In 2013, health concerns forced the couple to give up their nomadic lifestyle.  They sold the RV and their Willis property and moved to Webster, TX.  At Clear Lake United Methodist Church, Tom served on the finance committee and participated in mission trips to UMCOR Sager Brown for three years and worked Walk Thru Bethlehem and Pumpkin Patch for several years.  He was also active in Rides R Us, a group within the church that provides rides for church members who don't have transportation for doctors' appointments.  Tom was a registered adult Girl Scout for several years to assist in driving his wife's Brownie troop to various events.

Because of Covid-19 the family will not have a public memorial service.  Donations in his memory may be made to Crossroads at Park Place, 7843 Park Place Blvd., Houston, TX 77087-4698 or on-line at https://crossroadsatparkplace.org.