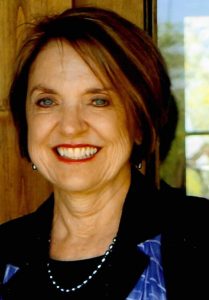 Susan began her teaching career at Carter Jr. High in Arlington.  She then taught high school math in Aledo, TX and later at Friendswood High School in Friendswood, TX.  Most recently Susan was an Associate Professor of Mathematics at College of the Mainland in Texas City, TX.  She truly enjoyed sharing her knowledge of math with others and helping students of all ages reach their fullest potential.  In addition to her teaching career, Susan was a real estate broker for and owner of Watson & Co.; established by her parents, in Fort Worth.  At IBM in Southlake, TX, Susan worked on enterprise planning software and later in Clear Lake, TX, in programming for the International Space Station.

An avid sailor, an interest she shared with her husband John, Susan was life member of the U.S. Sail and Power Squadron with the rank of Lt. Commander, and she achieved the highest grade of Senior Navigator.  In addition, she was a member of the Brazos Port Yacht Club.

Susan was a longtime member of Good Shepherd Episcopal Church in Friendswood, TX

Playing with her grandchildren, whether swinging from ropes, treasuring hunting, or swimming in the pool was one of Susan's greatest joys.  She was a friend to many including friendships that began in junior high school and close friendships with fellow sailors and was a friend to anyone who needed her.  Her sister described her as "the best little sister ever!".

Susan and John would have celebrated their 53rd anniversary on June 8.  He loved her well "in sickness and in health".

A friend of her sisters who said she had always wanted a sister like Susan recently said of her "Susan is certainly one courageous woman who loves the Lord and her family so very much."  Her family certainly agrees with this statement.

Susan is survived by her husband John Morawski; daughter Shaun Powell and husband Todd, and their children Hunter, Carson and Branson of Fort Worth; daughter Erin Stotler and husband Blake and their daughter's Blakely and Ainsley of Driftwood, TX; her sister Virginia (Ginger) Pickett and her husband David, and nieces and nephews.

A funeral service will be held at 2:00 P.M. on Friday, June 4, 2021 at Good Shepherd Episcopal Church, 1207 W. Winding Way Dr., Friendswood, TX 77546, with The Rev. Jim McGill officiating.  Burial will be at Bluebonnet Hills Memorial Park in Colleyville, TX.

Condolences may be sent to the Morawski family in care of Jeter Memorial Funeral Home at www.jeterfuneralhome.com.