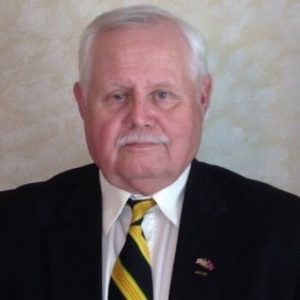 He was born on August 26, 1948, in Toledo, Ohio, and while he wasn't born in Texas, he and his older brother Paul and sister Cece moved here as soon as he could. Steve the third of nine children attended Mt. Carmel Grade School and Mt. Carmel High School whereupon after graduation, he joined the United States Marine Corps from July 1967 to July 1971 where he served two tours in VietNam, participated in 18 missions in the heaviest of the fighting along the demilitarized zone and one tour of duty at Headquarters Marine Corp, Washington, D.C.

It was because of his time in VietNam that he chose to pursue social work stating that after seeing so much destruction in communities that he wanted to dedicate the remainder of his life putting communities back together. Once he returned to civilian life, he worked as a security guard at the Johnson Space Center and attended the University of St. Thomas where he received his BA in Sociology and the University of Houston Graduate School of Social Work receiving a Master's Degree in Social Work.

After college, Steve worked tirelessly for the United Way of the Greater Gulf Coast and several United Way agencies wearing different hats such as Director of five multi-service centers and as an agency Executive Director. He successfully recruited, oriented, developed, and worked with United Way Advisory Boards from Clear Lake, Fort Bend County, and Waller County. Additionally, he was a board member of the Mental Retardation Advisory Council, MHMRA, St John's Hospital, Bridgeport Communities in Schools, Graduate School of Social Work Alumni Association where he served as the past board president, Bay Area Turning Point, Bay Area Transportation Partnership, Association of Retarded Citizens – Clear Creek where he also served as past board vice president, Family to Family Network, Chaired the Human Rights Committee at Center for the Retarded, Fort Bend Health Council, and Mount Carmel High School, past board president. After he retired, he remained active working with the Marine Corps Coordinating Council, Southeast and was the President of the Houston Chapter of the Richard A. Anderson 3rd Marine Corp Association.

However, what Steve was most proud of was his time spent as Cub Scout Master and Scout Master of Boy Scout Troop 452 out of Mary Queen's Catholic Church in Friendswood where both of his son's obtained the rank of Eagle Scout. As impressive as Steve's resume was, he never talked about his community involvement and when asked what he did for a living, he would simply reply that he was a social worker. Above all, Steve was devoted to his family and was proudest of his two sons and two grandchildren. Steve was a gifted public speaker and remembered every joke, especially the dirty ones, that he ever heard and often wove them into his talks. His wit, phenomenal memory that covered broad ranging topics, and big heart will leave a big hole in our lives. His was a life lived to the fullest.

In lieu of flowers, you would make Steve enormously happy by donating to your church or local food pantry to help those affected with Covid-19 food insecurities or to one of the many military organizations serving our returning veterans. Once funeral plans are finalized, an update on the following CaringBridge website will be provided: www.caringbridge.org/visit/stevewaldner2.