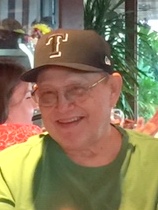 It is with great sadness that we announce the peaceful passing of Roland Escamilla on Friday, April 23, 2021 at his home in Friendswood, Texas.  He was born in 1947 in Corpus Christi, Texas.  After high school graduation, he married Anna, his beloved wife of 54 years.  Roland proudly served his country in the United States Air Force. Following the Air Force, he and Anna moved to the Houston area where he graduated from the University of Houston with a Bachelor of Business Administration in Accounting.  He and Anna remained in the Houston area and raised their two sons, Ron and Tony.  He was co-owner of Frsea Inc., a business he and his partners worked hard to build into a successful venture.  He was preceded in death by his parents, Alicia and Guadalupe Escamilla; parents in-law, Maria Elena Toves and Elias Toves; brother-in-law and best friend, Saul Guerra.

Roland was a loving husband, father, grandfather, brother, and friend.  He had a kind heart and cherished his children and grandchildren.  He took great pride in their accomplishments and was an integral part of their lives.  Whether it was coaching and traveling to baseball games, going to dance recitals, or attending birthday parties, he was always there to be their support.  He was happiest when he was around family.  Roland also took great pleasure in the simple things in life. He enjoyed fishing, cooking outdoors, taking his wife to eat breakfast and watching sports.  He will be remembered as making a difference in the lives of those he loved and will be greatly missed by those who loved him.

A funeral service will be held on Thursday, April 29, 2021 at 10:00 A.M. at Jeter Memorial Funeral Home with Deacon Chuck Turner officiating.  A procession to follow to Forest Park East.

Condolences may be sent to the Escamilla family in care of Jeter Memorial Funeral Home at www.jeterfuneralhome.com.