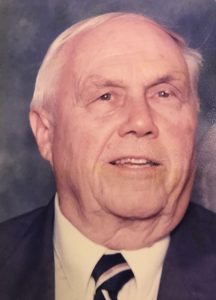 Robert G. Lunz, Jr., 89, of Friendswood, Texas passed away Saturday, November 21, 2020. Robert was born to Robert Sr. and Gertrude Lunz, September 15, 1931 in Fort Wayne, Indiana. Known to many as Bob, he graduated from Concordia Lutheran HS and Concordia Teachers College at Illinois and received his Masters at Washington University. Out of the many achievements, his career started in a one room school in Cheney, Kansas.

He met his wife of 58 years, Georgette Lunz, at a Teacher's Conference in the Poconos, Pennsylvania, they married in 1961. The family moved to Friendswood, Texas in 1976. He taught 5 years at Mt. Calvary Lutheran School, served 17 years at Our Savior Lutheran High School, where he enjoyed coaching basketball, Principle, and eventually Headmaster, at Lutheran High School. He later became top producer in O'Farrell Realty for over 10 years. He then tried his hand in business by selling antiques at his self-named store, Bob's Emporium, until his death.

The family would like to give a special thanks to dear friend, Doris Cox, for all her selfless and caring acts.

Graveside service will be held in his honor on Saturday, November 28, 2020 at 1:00 PM at Forest Park East Cemetery in Webster, Texas. The Rev. Ralph Hobratschk of Hope Lutheran Church will be officiating.

In lieu of flowers please give to a charity of your choice.

Condolences may be sent to the Lunz family in care of Jeter Memorial Funeral Home at www.jeterfuneralhome.com.