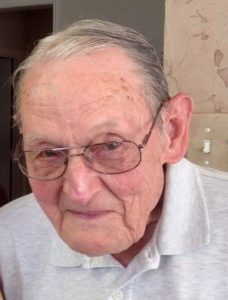 Robert Garland Waldon, Sr. at age 90 departed this life peacefully at his home in League City, Texas on April 20, 2020 after fighting a battle with leukemia which was diagnosed a year earlier.  He was born on August 7, 1929 in Houston, Texas. As the son of a Methodist minister, he lived in many Texas towns, including Texarkana where he graduated from high school.

While he was attending college at Huntsville, Texas he was drafted into the army in January 1951. His basic training was in Fort Bragg, North Carolina with 82nd Airborne Division but later was transferred to Fort Benning, Georgia to be trained as paratrooper. He served with 187th Airborne division in Japan and was serving in Korea when a cease fire was reached.  He was transferred to Ft. Campbell, Kentucky where the 187th Division was reorganized as 101st Division.  He received his honorable discharge in October 1956.

Returning to Texas, he completed his college Bachelor of Science degree in August of 1957.

He worked in sales and was employed by Briggs Weaver for many years, later he worked at Kilgores in League City until retired.

While serving in Japan he married, Etsuko Kozuma; they were divorced in December 1967.

In May 1974 he married, Mary Ann Loseke Krueger.  At which time he moved to League City, Texas where he resided until his death.

He enjoyed fishing and hunting and had a unique sense of humor. He was a gentle caring man who enjoyed conversing with friends but did not enjoy large crowds.

Robert is survived by his wife, Mary Ann Loseke Waldon, his children Robert and Karen, his stepchildren, Julie McKinney and Jeff Krueger, 11 grandchildren and 14 great grandchildren.  He was preceded in death by his father, Rev Irrie Jefferson Waldon, his mother, Nannie O. Waldon and his brother I. J. Waldon, 3 stepchildren, 2 grandchildren, and his ex-wife, Etsuko Kozuma.

Due to the corona virus pandemic, a private graveside ceremony will be held at Forest Park East on May 11, 2020

In lieu of flowers, donations may be made to the Army Historical Foundation's National Museum of the U. S. Army at www.armyhistory.org or the Leukemia/Lymphoma Society at www.lls.org.