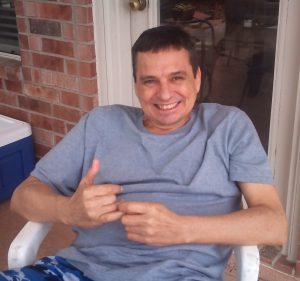 Richard Leslie Dockum passed away on Friday, September 11, at Oak Bend Hospital in Richmond, TX. Richard was preceded in death by his mother, Shirley Patricia Theis, and John Jones, who Richard loved and respected.

Richard was born in Albuquerque, NM but spent his early years on a ranch in Hondo, Texas. In 1970 the family moved to San Antonio, Texas, where he finished high school and started working in construction with his mother. In the 80's he moved with some of his older brothers and sister to Houston, Texas, where the family was in the roofing and leak repair business.

Richard was the type of person that carried his heart on his sleeve and was always trying to help others out. Richard loved music, hunting, and fishing.

Unfortunately, Richard loved life, and God had other plans for him, and he is now with his family in heaven.

Condolences can be sent to the Dockum family in care of Jeter Memorial Funeral Home at www.jeterfuneralhome.com.