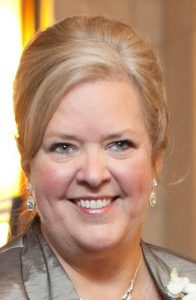 Nancy was a spry 70, a native of Houston, TX and a resident of League City. She was a graduate of Milby High School.

She passed away in the morning hours of January 4th, 2021. She is survived by her husband Fred Sandhop, her sons and daughter in laws; Corey, Eric and Sara, Ty and Amanda along with her 6 grandsons, 1 granddaughter, 2 great grandchildren and numerous nieces and nephews. She was preceded in death by her parents, Polly and Jack Pry, and 2 sisters Joy, and Patsy.

Known to most of us as "Nana", she was the grandmother that truly spoiled her family with the likes of homemade cookies, favorite cakes, pies, or if you were lucky enough Biscuits and Chocolate Syrup.  Introducing the boys to Buzz Aldrin, as well as getting them in to see NASA from a different perspective.  She was active in her community in support Dolphin and Turtle Rescue. She and the "Girlfriendz" were always engaged in some new way to lift up a function that raised awareness for Cancer treatments or research. Or any FUNction that would allow them to hoot, holler, have a few Margaritas, Hunch Punch, or wine. Helping raise funds and FUN for all that decided to get involved.  This included multiple 5k, 10k, and even walking half marathons,

Having a spirit that loved to roam like the bear to see all the gifts of our maker, and the heart of a lion, she raised 3 sons that were largely the pride and joy of her life.  She did all that while also becoming a pilot and scuba diver

She was an Office manager through the 70's, 80's, 90's for several very successful Medical and dental practices.  However, her favorite position professionally was working at NASA.  Mom has always loved flying, aircraft and was even a trained single engine fixed wing pilot.  The adventure and challenge of working with such incredible scientists and astronauts thrilled her exceptional and acutely sharp mind.  Funeral services will be held at Jeter's Funeral Home in Friendswood Texas 23 January 2021 at 1000.

Condolences may be sent to the Seymour family in care of Jeter Memorial Funeral Home at www.jeterfuneralhome.com.

The Family requests that in lieu of flowers, donations be made in her name to a charity of your choosing or American Cancer Society, Texas Dolphin Rescue, or Surfrider Foundation.

The Family requests that in lieu of flowers, donations be made in her name to a charity of your choosing or Back the Badges BBQ Foundation (founded by one of her son’s and his wife) American Cancer Society, Texas Dolphin Rescue, or Surfrider Foundation