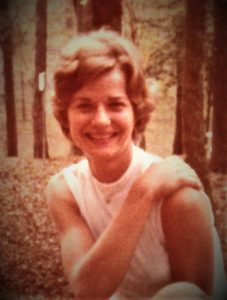 After a 4-year battle with Amyotrophic Lateral Sclerosis (ALS), Miriam (Lafleur) Arnold was called to her Savior at her home on April 19, 2021 surrounded by her family.  She was 71 years old.  A resident of Friendswood, TX and a native of Opelousas, LA, she was a dedicated wife, mother, and grandmother to her family, to whom she devoted much of her time.  She was a graduate of Opelousas High School and attended Nicholls State University before marrying the love of her life, Gervis.  After starting their lives together in New Orleans and Houston, they eventually settled in Hackberry, LA where they raised 3 children together.

If desired in lieu of flowers, contributions may be made to The ALS Association (https://donate.als.org/).  Since ALS took the life of Lou Gehrig in the 1940's, a cure has still not been developed and ways to extend the life of ALS patients have been limited, which leave patients with few treatment options.  Join Miriam's family as they work to raise awareness and hope to help those diagnosed with this devastating, progressive disease.

Condolences may be sent to the Arnold family in care of Jeter Memorial Funeral Home at www.jeterfuneralhome.com