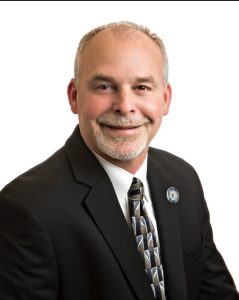 Michael was born in Tallahassee Florida, on August 26, 1961. He was preceded in death by his mother, Linda Shaw. Michael is survived by his loving wife, Kimberly, his daughters, Courtney Shaw Legler and husband Matthew, of Austin, daughter Shelby Shaw Liendo and husband Cole of Kingsville, stepchildren, Catherine Langston of Friendswood, Kailyn King of Friendswood, Jared King and wife Elizabeth of Bacliff, Jamison King and wife Ashley of Las Vegas, NV, Jeremy King and wife Danielle of Tallahassee, FL, and six step-grandchildren, Brody, Skylar, Logan, Liam, Nolen, and Barrett. He is lovingly remembered by his sister Diana St. Clair and husband Kevin, his brother Eric Shaw and wife Andrea, his father Carl N. Shaw and many nieces, nephews, great nieces and nephews, aunts, uncles, and cousins.

Michael was born in Tallahassee to Carl and Linda Shaw and moved to Pennsylvania in 1968. His family relocated to Columbia, South Carolina. In 1971 Michael and his family moved to Friendswood. Michael attended Friendswood schools. In Jr. High and high school, he became a tremendous athlete and leader.  He excelled in football, basketball, and track. He graduated from FHS in 1979 and was one of FISD’s biggest fans! He loved being a Mustang! He attended Texas Tech in Lubbock, Texas, and  graduated  where he received a Bachelor of Science in Mechanical Engineering Technology. He was always ready with his hand held high and a Red Raiders decree, “Get Your Guns Up!”

Michael has held a list of notable positions: Marketing & Sales for The Boeing Company, Vice President & General Manager of Clear Lake Industries Engineering, Vice President of Engineering & Manufacturing. He served at Johnson Engineering as Project Manager for the Resupply Stowage Platform, Supervisor for Flight Hardware and Project Development, Deputy Manager of Flight Systems Operations, Director of Engineering Manufacturing and Technology Department. He also worked as a Supervisor in Fabrication and Repair Section for Allied Signal Aerospace.

He had many affiliations and honors which include: School Board Member for 18 Years for Friendswood Independent School District; Board of Directors for the Education Foundation for FISD.

He was the recipient of: The Space Flight Awareness Award, The JSC Group Achievement Award, Resupply Stowage Platform Development Team, The Astronaut’s Personnel Achievement Award known as the Silver Snoopy, Engineer of the Year-Bendix Field Engineering Corporation.  He was extremely humbled and honored to have been the lead engineer in collaboration with NASA for the prototype robotic arm for the International Space Station.

Michael served on Friendswood ISD School Board for 18 years and believed excellence in education was imperative in preparing students to become contributing citizens within the community and also employees in a progressive world. His favorite activity was handing out the awards to educators and students. He also loved visiting the campuses and conversing with the staff and students. He loved the sporting events and was a cheering voice in the stands on Friday nights.

Michael was a friend to many and he had many friends. He was known for his integrity, friendliness, and leadership. He was known by his family as Michael, Poppy Shaw by his step grandchildren, Mike by his co-workers, M Shaw by his friends, and Shaw Daddy by his frat brothers, a name which he acquired in college as he was a dad figure to his fellow PIKE members. Michael was known for his wittiness and love of life. His favorite pass time was to travel and his number one place to vacation was the Frio River. At the age of nine he began vacationing there with family and in subsequent years took his own family to enjoy floating the river.

Michael found his love and best friend Kimberly who he always referred to as his bride, and they enjoyed traveling, movies, spending time with family and friends. Michael and Kimberly’s marriage is an inspiring story of commitment, dedication, respect, and love. Michael was a wonderful father to Courtney and Shelby and believed his greatest accomplishment was being a father and raising his girls. He adored and loved to visit and play with his step-grandchildren who endearingly called him Poppy.  At 6’3 he was a human jungle gym where the grandchildren felt it was a challenge to get to his shoulders to sit high above everyone else. His humor was second to none as he kept everyone laughing. His witty sayings became known as “Shawisms.” Up until a few years ago, Michael loved to golf. He also played basketball every Sunday night at Friendswood High School gym with a group of local friends who still loved playing the game!

Michael was diagnosed in 2015 at the age of 54 with Lewy Body Dementia and from that moment, he was determined to live life to the fullest in spite of it. Michael and Kimberly took trips and spent time enjoying the many sites that were afforded to them. Michael was adamant in his resolve to keep active. He was brave and extremely courageous as he faced this devastating disease. He has left a legacy of a life of honor to his wife, children, grandchildren and to all who knew him. Michael’s life is a true testament of strength and integrity, but most importantly his unwavering commitment and faith in God.

In lieu of flowers, the family requests donations be made to the Friendswood ISD Education Foundation at http://weblink.donorperfect.com/MikeShaw

Leave a Reply to Tammy and Kent Kaufhold Cancel Reply