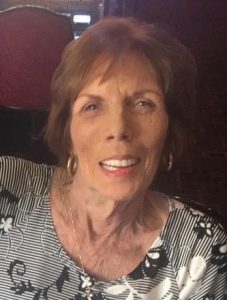 Margaret was preceded in death by her husband, David and her parents, Robert William Kramer and Stella Lorain Haarmeyer Kramer.  Also, her sister Gracie Lee Kramer Tardy, and most recently, her grandson, Slade Austin Holle, ("Mr. Fine", as she lovingly called him.)

Margaret loved her children, grandchildren and great grandchildren with all her heart.  None could ever do anything wrong.  You just needed to ask her, she bragged on all of them.

When Margaret and David retired, they traveled all over the west in their RV.  Going back and forth between Texas, New Mexico, Arizona, Colorado, Utah and Nevada.  Margaret moved back to Friendswood, Texas after David's death to watch her grandchildren grow up.  Her grandchildren were very spoiled by her.

Her hobby was playing games.  She and David made many trips to Las Vegas.  When she moved back to Texas, she and her sister, Gracie kept up the hobby, making many trips to Louisiana.  Margaret also enjoyed politics and sports, especially the Astros.  She was a great supporter of our military and first responders.

Margaret's smile would make everyone smile.  She gave to all that needed anything.  She was very independent, never wanted to be a burden or problem for anyone.  We also said she was stubborn.  We think it was the German in her.

She will be missed more than she could ever imagine.

The service will be private, Wednesday, April 1, 2020 at 10:00 A.M. at Forest Park East Cemetery.  We thank Jeter Memorial Funeral Home, 311 N. Friendswood Dr., Friendswood, Texas, for attending to all the arrangements.

Condolences may be sent to the Holle Family in care of Jeter Memorial Funeral Home, at www.jeterfuneralhome.com.  In lieu of flowers please send donations to the charity of your choice that supports our military, veterans or first responders.

A private graveside will be held on a later date at Forest Park East Cemetery.

Condolences may be sent to the Holle family in care of Jeter Memorial Funeral Home at www.jeterfuneralhome.com.