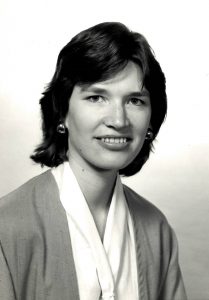 Margaret (Peggy) Jane Lathlaen, 70, of Houston, Texas, passed away on December 13, 2020 after a long illness. She was born on August 24, 1950 in Flushing, New York to Robert F. Lathlaen and Nancy Elizabeth Nichols.

Peggy grew up in Ossining, New York where she graduated from Ossining High School. She received her Bachelor's Degree in Education and a Master's Degree in Gifted Education from Bucknell University.  Peggy lived in Houston, Texas for 41 years. She was a teacher in gifted education at Westwood Elementary in Friendswood, Texas.  She also worked as a middle school peer facilitator for Fort Bend ISD and was a Professor at University of Houston/Clear Lake.  Peggy was a board member of several education associations including the National Board for Professional Teaching Standards, the National Association for the Education of Young Children and other gifted teaching associations.  Peggy authored several published articles on the education of gifted children.

She is survived by Joshua Channing, her husband of 20 years, son Aaron and his wife Christina and their children Avery and Carter; sister Gail Miskell and husband Tom, their three sons Tom, Father Robert, and Brian; sister Carol Sue Yensco and husband Andy and their daughter Rebecca Bean; and many nephews, nieces and cousins.

During Peggy's tenure at Westwood Elementary, she was nominated for the NASA Teacher in Space Program in 1985 and was ultimately selected as one of the ten finalists.  Peggy participated in interviews, medical evaluations, briefings and training exercises to narrow down the field of candidates, the winner of which would participate in a shuttle mission aboard the Space Shuttle Challenger.  Christa McAuliffe was selected and on January 28, 1986, the Challenger exploded 73 seconds after the launch.  Peggy had made lifelong friends of the ten finalists and was deeply affected by the tragedy.

The family would like to share a livestream link of the service for all that is unable to attend: https://youtu.be/iQTPILslrII

Condolences may be sent to the Lathlaen family in care of Jeter Memorial Funeral Home at www.jeterfuneralhome.com.