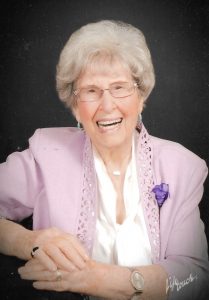 Proverbs 9:11 For through wisdom your days will be many, and years will be added to your life.

Lona Le (as she was called by family) of Manvel, Texas passed away on June 25, 2021 after a long, faithful and well-lived life.  She was respected by all and touched many hearts with her kindness and grace.

Lona Le (Cook) was born to a Jeff Davis County ranching couple, Ezra and Lottie (Yaeger) Cook on August 11, 1924.  She was born in her Grandmother’s house in Alpine Texas and was attended to by her “Auntie” Lona Cook whom she was named for.  Auntie did nursing care around the Alpine area caring for new mothers, the sick and the elderly.

Lona Le’s early life was not an easy one as her Daddy died when she was three years old, her older brother 5 and younger sister 1.  Her mother did not remain in sorrow as she needed to find a way to support her little family of three children through the depression of West Texas in the 1920’s and the Great Depression in the 1930’s.  But faith ran strong through her mother who found a way to raise three God-fearing children to adulthood.

After graduating from Alpine High School, Lona Le was hired at Marfa Army Airfield.  She transfered her position when she and her mother moved to San Angelo, Texas in 1944.  It was at San Angelo Army Airfield that she met the love of her life, Harold Krabbenhoft.  He swept her off her feet and they were married less than 6 months later in Wilmington, North Carolina near Harold’s base.  They were happily married for over 50 years.

They settled in Northern California while Harold attended school and began his career as a Certified Court Reporter.  They began their family with the birth of their son Robert and finally their daughter Barbara.  The reporting business took them to Carson City, Nevada in 1969 where Capitol Reporters firm was established.  Although the offices were downtown the phone rang at the residence also.  Lona Le was head secretary by name and kept things together as only the wife of the owner could.

Lona Le’s passion was her family and she loved caring for her home and children.  She was a proficient dressmaker, making many of the clothes that she and her daughter wore.  She loved crafting and painting.  But she was multitalented, she poured concrete, tended the large garden that her husband managed to plant every year, rode in jeeps on the back roads, traveled many miles in a RV, shoveled snow, served as PTA president, and could cook like no one’s business!  Her smile was infectious and as wide as the Texas sky, her speech accented with a West Texas drawl.  Although made of steel, with a coating of sweetness and diplomacy, Lona Le was always a steadying and calming influence. The sense of humor that lay behind the twinkle in her eye helped many to see the lighter side of things. She was blessed with the gift of hospitality.  Invitations to friends, and strangers, to share a meal in her home were a familiar offering and those who accepted left her presence feeling loved.

She was ever faithful to her Lord and Savior and was tireless in the many ways she served.  Lona Le taught Sunday School to kindergarteners through seniors.  She worked in many Vacation Bible Schools throughout the years.  As a senior, at First Baptist Church Carson City, Nevada, she initiated a Ladies’ Tea Party team that would visit invalid and home bound seniors.  They would pack up their pretty teacups, dainty treats, and colorful napkins and make those often-forgotten ladies feel loved.  At the completion of 19 years of service at the church, they declared it Lona Krabbenhoft day.  Little did they realize she wasn’t finished yet and she went on to serve by teaching the Senior Ladies Sunday School Class for 20 more years.

In 2009, Lona Le moved to Texas to live with her daughter and continued to attend church regularly where she encouraged others in any way she could.

Throughout her life, Lona Le had the unique ability to do whatever she needed to be a friend and advocate.  She was known to attend doctor visits with those that needed an additional ear to hear the doctor’s advice be able to recall it as they left the office.  She sat with friends who were dying and held their hand until the end.  She even did this for her mother-in-law whom she loved dearly.  She flew across country to render care at the bedside during the final 3 months of her mother’s life. Lona Le faithfully cared for her husband at home until he lost his 10-year battle with cancer.  She was familiar with death and it did not scare her.  Her faith and strength have been a testimony to many, especially her children, grandchildren and great-grandchildren and she will be sorely missed.  One nephew penned this about his Aunt “You are a treasure.  You have lived a life of purpose.  Christ through you has mattered through your extended family, your churches, your many friends, and now to future generations.”

Lona Le was preceded in death by her parents, her Husband, Harold Krabbenhoft of Carson City, Nevada (in 1997) and a daughter born prematurely (in 1950).  In addition, her brother Mr. Ezra Cook passed in 2011 and her sister, Mrs. Alice (Cook) Ross in 2012.

Her final resting place will be next to her husband at Lone Mountain Cemetery Carson City, Nevada.

Condolences may be sent to the family in care of Jeter Memorial Funeral Home at www.jeterfuneralhome.com.