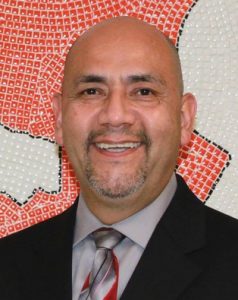 LeRoy was a 19-year resident of Friendswood, Texas and moved to Alvin in 2018 to support the dream of his wife and daughter for expanding the good work of Starlight Outreach and Rescue, the nonprofit animal rescue they started in 2017.  He rarely complained when he'd come home and find kittens had taken of the master bathroom.  They frequently climbed his legs while he tried to brush his teeth.  He also, on one occasion, found himself alone at home attending the birth of 10 puppies in his dining room.

LeRoy is survived by Amy, his funny and "strong willed" wife of 32 years and his daughter Kelsey, his partner-in-crime in all leisure activities, from fixing a chicken coop to attending the Texas High School Football Championship every year even if they didn't know a soul playing.  He is also survived by many other relatives and friends.  He was preceded in death by his parents, Leopoldo and Sarah Castro of Edna, Texas.

Family and friends were precious to him and he only kept a few close. In fact, LeRoy, Amy, and Kelsey referred to themselves as "The Triad" and you had to be special for them to let you in.  LeRoy was born on June 22, 1962 in Lubbock, Texas.  He attended Edna High School and joined the U.S. Marine Corps a few years later.  He served four years in the Presidential Honor Guard at the Marine 8th & I Barracks in Washington, D.C.  When his wife served in the Air Force in Colorado Springs, Colorado, LeRoy decided to give college a go (he'd had a few false starts before) and earned an Economics degree from the University of Colorado at Colorado Springs.  He went on to earn his Master's Degree in Educational Administration from the University of Houston Clear Lake.

LeRoy's high school goal was to be an educator.  He served in various roles as a teacher and administrator in local school districts, serving the last 14 years in Alvin ISD, most recently as the Principal of Alvin Junior High.  LeRoy was not a quiet man.  His booming voice could at the same time be intimidating and inviting, depending on his mood.  Either way, you always knew where he stood, as he didn't try to hide his feelings.

Aside from "The Triad," more than anything in life he loved being an educator.  He strongly believed that all children deserved the highest quality education from the very best educators.  His favorite motto was, "It's all about the kids," and he truly lived that motto with is own child as well as the children at the schools he served.  However, if you asked his students, he'll be remembered for the question, "Where are you supposed to be?"  They routinely heard this in the hallways when they took a little too long to get to class.

Based on LeRoy's wishes, his family will not hold a memorial service or funeral.  He would likely chastise everyone for holding a group gathering when COVID is on the rise in our communities.  His family does ask that those who want to remember and honor him do the following: