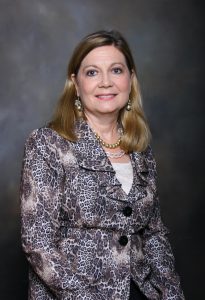 Kimberly Ann Alvarez passed away at Harbor Hospice on March 31, 2021, in Houston, Texas after long battle with cancer.  She was 55.

Kim was born on January 25,1966 in Sioux Falls, South Dakota, to parents Gary Moen and Soffie Hoines Moen. She graduated in 1984 from Canton High School in Canton, SD, and from Augustana College in Sioux Falls in 1988 with a degree in elementary and special education.

Kim began her teaching career in Texas City, Texas and later obtained a Master of Science in Education Administration. She served in various administration roles at Texas City, Pearland, and Alvin Independent School Districts.  This included being a vice principal, principal and finally the Director of Human Resources at Alvin ISD.  Kim was the Texas Association of School Personnel Administrator of the year in 2019.  Kim retired in 2020.

Kim married Rodney Alvarez on June 30, 1989. They had one son, Jacob. Kim and Rodney were married for 31 years and lived in Texas City, Dickinson, and Pearland, Texas.

Kim enjoyed traveling and spending time with family and friends.  She loved warm weather and being near water. Two of her favorite trips were to Alaska and Hawaii.  She also enjoyed many summers at the lake in SD with her family.

She was a devoted member of Crosspoint Church and loved to tell others about her faith and the teachings of Jesus.

Kim is survived by her son Jacob Alvarez of Pearland, TX; mother Soffie Moen of Sioux Falls, SD; brother Greg Moen of Norfolk, NE; brother Jason and sister-in-law Sue Moen, Brant Lake, SD, along with many nieces and nephews. She was preceded in death by her husband Rodney Alvarez and her father Gary Moen.