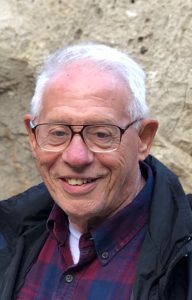 Keith Napoleon St. John, 85, of Friendswood, passed away on March 31, 2021. Keith was born on February 25, 1936 to William Alexander and Flora (Piquette) St. John in Cornwall, Ontario, Canada. After graduating from Aitkin High School in 1954, he went on to join the United States Air Force where he was an Airman Second Class and Jet Fighter Crew Chief. Following the Air Force he graduated from New Mexico State University with a degree in Electrical Engineering.

Keith went on to lead an accomplished career for over 30 years in the oil and gas industry, as well as creating 2 patents, working as an instructor at several local colleges, and writing published articles.

After retiring, Keith was an active lifetime member of the Knights of Columbus and enjoyed playing golf in his free time. In his most recent years, he was an active and beloved Grandpa and great grandfather.

Keith was preceded in death by his mother and father, William and Flora St. John, his son William St. John, and 5 of his siblings. He is survived by his wife Charlene St. John, his son Lance St. John, 3 granddaughters, 6 great grandchildren, and 2 siblings, Shirley Phelan and Roger St. John.

Condolences may be sent to the St. John family in care of Jeter Memorial Funeral Home at www.jeterfuneralhome.com