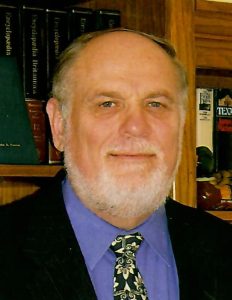 John Brent Patrick of Friendswood, Texas, passed away on Wednesday, October 28, 2020 at the age of 71.  John was born in Odessa Texas on July 17, 1949 to the late Leroy "Cotton" Patrick and Lillie Mae (Grumbles) Patrick.  John was raised in Alvin, Texas and graduated from Alvin High School Class of 1967.

John was a U.S. Army 82nd Airborne veteran and a great patriot for our country. He graduated from Antioch University in 1994 with a B.A. in Labor Studies via the George Meany Center.

"In a long career with the United Steelworkers Union and as President of the Texas AFL-CIO, John built a stellar record of integrity, solidarity and generosity of spirit while helping build a stronger labor movement". His impressive union career began as a member of the International Association of Machinists while employed with Cameron Iron Works in Houston, Texas. John then became a member of the United Steelworkers (USW) while employed with Reynolds (Aluminum) Metals. He held many jobs within the USW excelling in skillful leadership of labor negotiations and arbitration for workers and their families. He served on the Texas AFL-CIO Executive Board; Texas AFL-CIO Secretary-Treasurer and retired as Texas AFL-CIO President. John also was an exceptional leader advocating for union workers through Texas politics as he served for many years on the Democratic National Committee. John's family, friends, and colleagues will remember him as kind, loyal, caring, fierce, generous, fearless, honorable, dedicated, faithful, fun, and witty. He was a loving husband and father who enjoyed travelling, spending time with his family, barbequing, and watching sports!

Due to the pandemic, private services for family only will be held November 4, 2020.

In lieu of flowers, the family ask that contributions be made in Johns name to Steelworkers Charitable and Educational Organization, Attn: Office of the Secretary-Treasurer, 60 Blvd. of the Allies, Pittsburgh, PA  15222 or Texas AFL-CIO Scholarship Fund, PO Box 12727, Austin, TX 78711 or the American Cancer Society at www.cancer.org.

Condolences may be sent to the Patrick family in care of Jeter Memorial Funeral Home at www.jeterfuneralhome.com