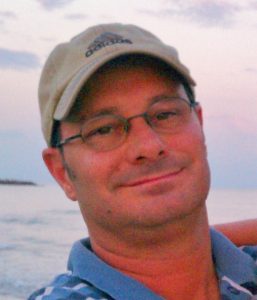 Jerry Don Watkins peacefully entered heaven on November 30, 2020 in Houston, Texas at the age of 51.

Jerry was born the youngest son to Richard Mack Watkins and Clarissa J. "Kakie" Sheppard Watkins on June 19, 1969 in Texas City, Texas.  He graduated from Alvin High School in 1988 and attended Blinn College in Brenham, Texas.  At age 21, Jerry began his career as a manager in the restaurant industry.  Jerry never knew a stranger and endeared himself to everyone he met.  He took great pride and found much joy in delivering exceptional hospitality and customer service to all his guests throughout his 20+ year career.  Jerry married his high school sweetheart, Melissa Ann Shepherd on December 1, 2001.  Jerry and Melissa moved to Pearland, Texas and welcomed their only child, Blake Leigh Eliece Watkins in 2009.

Jerry had a big heart and a happy disposition.  He loved his family and friends.  He enjoyed the outdoors, especially the beach.  He will be greatly missed, fondly remembered, and will live on in the hearts of many.

In lieu of flowers, should friends desire, memorial contributions may be made in honor of Jerry to Houston Hospice, 1905 Holcombe Blvd, Houston, TX. 77030.    www.houstonhospice.org/donate-options/

Condolences may be sent to the Watkins family in care of Jeter Memorial Funeral Home at www.jeterfuneralhome.com.