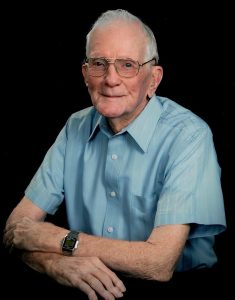 James was born on February 28, 1925 in Houston, Texas to James Duncan Clepper and Lela Myrtle Briers Clepper.  He married his wife of 70 years, Marilyn Nagel Clepper, on September 9, 1950.

Jim was a proud Veteran of the United States Navy Submarine service for 14 years.  He served in both WWII and the Korean War and was the last survivor of the USS Darter, which was lost during conflict in the South Pacific.  He also served on several other submarines during the war including the USS Menhaden.  Jim achieved the rank of Gunners Mate 2nd Class during his tour of duty on the submarines, where he earned his submarine combat patrol badge.  Later in life, he was a member of Submarine Veterans of World War II.

After the war Jim worked in the oil fields and later as a NASA contractor.

He loved fishing on the Gulf Coast with his son, cousins and friends and later with his Grandsons.

He is preceded in death by his parents James and Lela Clepper, his sister Lucille Mehrkan and brother Ed Clepper.

Funeral services will be held Thursday, January 21, 2021 at 10:00 A.M. at Jeter Memorial Funeral Home with Bob Alexander officiating. Burial will follow in the Houston National Cemetery at a later date.

Condolences may be sent to the Clepper family in care of Jeter Memorial Funeral Home at www.jeterfuneralhome.com.