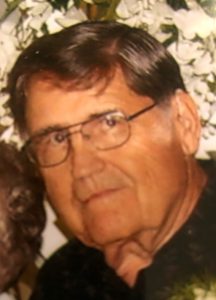 James Thomas Peel passed gently into the arms of his Lord on May 12, 2021 with his loving wife Sue by his side.

Jimmy was born in Hearne, TX on June 16, 1933 to James Carr Peel and Margery Stephens Peel. He was an only child for 16 years before his brother William (Billy) was born. His father's ministry eventually brought the family to Pearland where Jimmy graduated from Pearland High School and later joined the Army. He served in Germany as a Private Specialist with special clearance at the end of the Korean War. He left with an honorable discharge in 1956.

He was introduced to the Meyers' family with five beautiful daughters before he was discharged. He was quite taken with the youngest daughter Sue, and she with him.  After his discharge, they were married in August 1956. They recently celebrated 64 wonderful years together.

Jim began a successful career in drafting, while attending the University of Houston. He eventually moved up in the company, becoming co-owner of Taylor and Hill in Pearland.

He and Sue were the proud parents of two children, Peggy Sue and James Craig, and later he was a devoted "Gramps" to his grandchildren and great grandchildren.

He was also a true man of God and was a member of The First United Methodist Church of Pearland. He was especially active in his Search Light Sunday School class, providing comfort and care to members and others beyond the class who needed support and love. Jimmy's acts of kindness extended way beyond his family and church. He and Sue even volunteered with Meals on Wheels for years.

His family, friends, colleagues, and church were his life. Everyone was included in Jimmy's loving circle. He and his wife Sue were the consummate hosts, hosting many family and friend gatherings.

Finally, Jimmy loved hunting. Everyone knew that when the season came around, he was happily on his deer lease. He was up for just about any opportunity to hunt for most of his life, sharing his love of hunting, especially deer, with his children and grandchildren.

Jim is predeceased by his parents J. Carr and Margery Peel. He is survived by his loving wife Sue, his brother Billy and sister-in- law Kathy, his two children Peggy and Craig, his grandchildren Kelli Peel Sarmiento and Cassie Peel Yarbrough and husband Mike, his great-grandchildren Byron James, Olivia, Carter and Chloe, and finally, very special friends Shirley and Carl McFarland.

It is hard to imagine Jimmy being gone. He was such a large presence in his family and friends' lives. He will be greatly missed.

In lieu of customary remembrances, the family requests that memorial donations be made in Jim's name to The Wounded Warrior Project or to The First United Methodist Church in Pearland.

Condolences may be sent to the Peel family in care of Jeter Memorial Funeral Home at www.jeterfuneralhome.com.

He loved the book of Ephesians, so we end with a verse:  "I urge you to live a life worthy of the calling you have received. Be completely humble and gentle; be patient, bearing with one another in love."