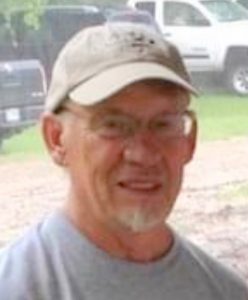 On Sunday, November 22, 2020, James J. Brooks, loving husband, father, and brother passed away at the age of 72. James was born July 31, 1948 in Victoria, Texas. He graduated from Calhoun High School in 1966 and Texas State University in 1973. He started teaching at Pearland High School and spent the next 34 years there teaching Wood Shop, Architecture, and Engineering.  Many of his former students had careers in these fields because of his devotion to his students. On June 18, 1988 he married Lisa M. Gaus and they had one son, Joel.

Prior to his marriage, James was an avid traveler and especially love spending summers in Mexico. He was a marathon runner and a qualifier for the Boston Marathon, and a lifelong fitness buff. James was a proud veteran of the Texas National Guard. After retirement he enjoyed walking his beloved dogs, kayaking, lifting weights, tubing the San Marcos river, and reading.

James was preceded in death by his father, Cecil, and his mother, Hallie. He is survived by his wife Lisa, son Joel, his brother, Cecil Brooks, sister Julie Champion (AJ) and nieces and nephews.

Fondly known as "Brooks" to his friends, and Mr. Brooks to his students, he will be missed by all that loved and cared for him.

Condolences may be sent to the Brooks family in care of Jeter Memorial Funeral Home at www.jeterfuneralhome.com.