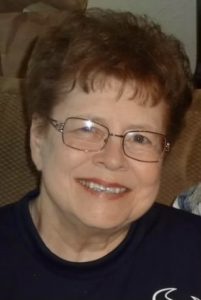 Elizabeth was born to Henry and Agnes Strauss on October 2, 1932 in Halletsville Texas.  Liz spent her childhood moving to different cities in Texas with her parents and her three sisters Marge, Helen, and Henrietta.  During their Freshman year at the University of Texas, Liz met and was blessed with, the love of her life, John Cahoon. Liz and John were married at St. Mary's Cathedral in Austin, Texas on June 11, 1955. Liz and John were married for 61 years until John's passing in 2016.

Liz was a full time homemaker for many years. When her youngest child began school, Liz began her second career as a Librarian at St. Francis de Sales Catholic School in Houston. Liz, John, and their children were active parishioners at St. Frances de Sales Church as well. Liz then worked, and retired, as Librarian at John Paul II Catholic School.

Liz, known as "Grammie", is also survived by 25 grandchildren and 13 great grandchildren, with 3 additional blessings on the way.

Liz lived, and shared, her faith in everything she did. Her generosity, humor, compassion, and presence will be greatly missed.

A reception will be held at Mary Queen Parish Center following interment.

Condolences may be sent to the Cahoon family in care of Jeter Memorial Funeral Home at www.jeterfuneralhome.com.