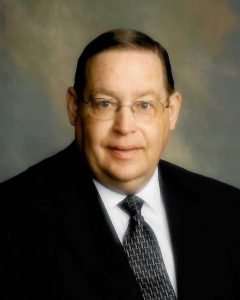 Alan was the first in his family to go to college.  He received his A.S. in Biology and B.S. in Medical Technology from Michigan Lutheran College in 1968.  This enabled him to work part time at hospitals as a Lab Technician to pay for his 4 years getting his Doctor of Chiropractic degree at National College of Chiropractic (NCC) in Lombard, Illinois in 1973.

Alan returned to his family's home in Livonia, Michigan after graduation.  He started his chiropractic practice in Dearborn, Michigan with Dr. James Freas, D.C. and radiologist.  Alan was also very busy as a weekend teacher/lecturer for the NCC Continuing Education Program for practicing Chiropractors all over the country.

In 1976, the Michigan State Chiropractic Association named Dr. Adams, Chiropractor of the Year, at the MSCC Convention.

From 1979 to 1984, Alan was the Academic Dean at the Canadian Memorial Chiropractic College (CMCC) in Toronto, Ontario.  It was a wonderful and interesting experience living in Canada.  And Alan and Sharon were able to visit: Vancouver, Victoria Island, Banff, Lake Louise, the Columbia Icefields, and Montreal and Quebec City.  Sharon attended York University in Toronto and earned her MBA.

In 1984, Dr. Adams went to work at Los Angeles Chiropractic College (LACC) in Whittier, California, in the Clinical Sciences Dept. and as VP of Professional Affairs.  While at LACC, Alan was the liaison with the Japanese Chiropractic College, teaching classes in Japan and in California.  In 1999, Dr. Reed Phillips, President of LACC, hung a beautiful wooden plaque with Alan's picture and accomplishments in LACC's Hall of Honor.

Dr. Adams has written many articles and several books for Chiropractic publications.  And he was past President of ACC's Council of Nutrition and later the Director of Education for the Council on Nutrition.

In 2005, Dr. Adams joined Texas Chiropractic College (TCC), in Pasadena, Texas, as VP of Academics and Program Development.  Alan and Sharon moved to Friendswood, Texas.  In 2012, Alan retired from his full time position in Administration, and taught Lab Diagnosis classes in the clinic.  TCC held a wonderful retirement party for Alan in 2012.

Throughout his life, Alan loved learning and education.  He was passionate about teaching, and his students could tell he loved teaching them.  Alan was a dedicated educator and an inspiration for others.

We will miss him forever.