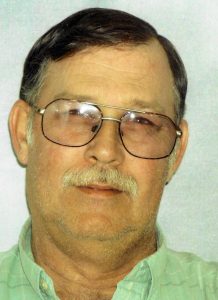 Donald was born in Lake Charles, LA on June 29, 1951, just minutes before his twin brother, Ronald.  Their birth was quite special as they were the first twins in the family!  The twin brothers grew up and spent their lives as best friends.

Donald graduated from Landry Memorial High School in 1969 and was awarded the W.T. Burton Scholarship to McNeese State University.  While attending MSU, he was an avid member of Kappa Alpha Fraternity.  Although Don could often be found partying and having fun with his friends, he was a very intelligent man.  He received a Bachelor of Science Degree in Biology from MSU in 1975.  In 1976, Donald moved to Houston, TX. and started his career with Exxon R&D Lab.  He developed many close and lifelong friendships.

Through one of these friendships, Donald met the love of his life, Janice.  They were married in 1989 and made their home in Pearland, TX.  It was not long before they welcomed their first son, James Edward.  Just a year after James arrived, John Michael, was born and completed their family.  Of course, Donald also enjoyed the company of his beloved dogs and considered them his family as well!

Donald "officially" retired from Exxon in 2009.  However, because he was such a valuable and knowledgeable resource for Exxon, he continued in their employ on a contractual basis for many years.   Don's lifelong hobbies included hunting, fishing, woodworking, writing, watching the Astros, and spending time with family!   Once he retired, he enjoyed helping his wife with numerous projects.

Don enjoyed trading "quips" with his brother and always had a witty reply in any verbal spars. He could be quite adamant and, yes, at times he was obstinate! Most importantly though, Donald had many endearing traits.  He loved his family and friends dearly.  He could ALWAYS be counted on to help them when they were in need.  He was a wonderful husband, father, brother, and friend, and a caring uncle to his nephews and nieces.

Condolences may be sent to the Broussard family in care of Jeter Memorial Funeral Home at www.jeterfuneralhome.com.