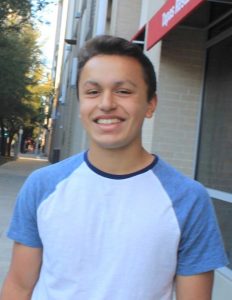 Devin James Jensen, a beloved son, brother, and friend, passed on to the next phase of his journey on June 4, 2021.

Devin was born to James and Janet Jensen on March 31, 2002 in Hinsdale, Illinois. He lived in the Chicago suburbs until he was 13 years old when his father got a job that moved the family to the Houston Texas area. Unsure about the move at first, he quickly made Texas his home, surrounding himself with friends from church and teammates from his soccer and lacrosse teams. He grew to love the lone star state, country music, and even owned a cowboy hat!

Devin was a 2020 graduate of Clear Springs High School in League City, Texas, where he played defensive center back on the varsity soccer team and midfielder for the lacrosse team. In 2020, he earned Texas Bay Area Lacrosse's Heart and Hustle Award. Going forward, the club's Most Valuable Player award will be named in his honor. He recently completed his freshman year at Brigham Young University-Idaho where he was studying to become a mechanical engineer, like his father.

Devin loved Manchester United, staying active through lacrosse and soccer, his mother's Mexican food, joking with his siblings, visiting his grandparents in Branson, Missouri, and spending time outdoors on vacation. He was most recently working part-time and helping his parents get their house ready to sell. He enjoyed working on the house with his father and learning new skills.

On the threshold of adulthood, Devin left us all far too soon. Of the many ways we will all feel this loss is not knowing who he would become. Of the many gifts Devin left us is how he made people feel. He had an infectious laugh and a crooked smile. He was kind, a peacemaker, a hard worker, a loyal and devoted friend, a protective brother, and a caring son. He was the best at making people happy and giving the gift of time to everyone.

Devin is survived by his parents, James and Janet (Peters) Jensen of Friendswood, Texas; his brother, Ethan; and his sisters, Kayli and Alyssa. He also leaves his grandparents A. Clair and Josephine Jensen of Branson, Missouri and Brian and Ubalda Peters of Oak Lawn, Illinois. He is survived by many cousins, aunts, uncles, and friends who will miss him dearly.

In lieu of flowers, a scholarship fund has been set up in Devin's name on Venmo at Devin_Jensen_scholarship. Your pin verification number will be 2588.

If you have any memorable stories, pictures, or videos of Devin that you would like to share, please email them to devinjensenmemories@gmail.com.

Condolences may be sent to the Jensen family in care of Jeter Memorial Funeral Home at www.jeterfuneralhome.com.