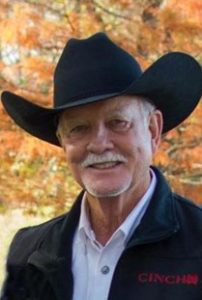 David Earl Conrad, also known as Poppi, 70, of Friendswood, Texas, passed away on February 21st, 2021. He passed away in the arms of his loving wife, Marsha at MD Anderson Cancer Center.

Poppi was born April 7th, 1950 in Houston, TX to Edward and Mildred Conrad. He graduated from the University of Houston in 1976 with a degree in Civil Engineering. He spent the next 22 years at HL&P in the energy industry. He then began working with Conrad Construction building bridges, roads, and underground utilities. After retiring, he helped develop and engineer Ellis Park in Friendswood, TX.

Poppi was a devoted Christian, husband, father, brother, grandfather, and friend. He enjoyed music, art projects, photography, hunting and traveling. Poppi loved his church, Clear Lake United Methodist and served on several different committees.  He taught Sunday school for Junior and High school students and was a member of the Forum Adult Sunday School class.   Above all, Poppi loved spending every moment with his grandchildren.

He was preceded in death by his grandparents Jacob and Maude Conrad; parents Edward and Mildred Conrad.

A private memorial service will be held for the family.

In lieu of flowers, please consider donating to Team Poppi for the MD Anderson Boot Walk to End Cancer at http://give.mdanderson.com/goto/Poppi