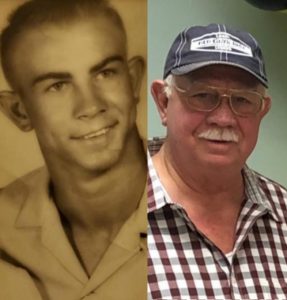 Chester Lawrence "Buddy" Lindsey of Alvin, TX passed away on Wednesday, November 4, 2020 at the age of 76.  Buddy was born on November 19, 1943 in Victoria, TX to Millie Juanita Lawrence and Columbus Lester Lindsey, raised in Humble, TX.  He married his wife, Mackie Jane on September 24, 1964 following a six-week courtship.

Buddy was the owner/operator of Buddy's Old Time Service on Gordon Street in Alvin since 1984 and was an active member of the Alvin Rotary Club, where he maintained a perfect record of attendance for over 36 years and held numerous leadership positions.

He loved his community and served it with unwavering kindness and generosity.  You might have seen him sitting in the golf cart outside his shop, waving at the morning's commuters, or feared the presence of "Beady-Eyed Buddy" at a Frontier Day Rotary Gunfight.  No matter how you knew Buddy, he treated everyone with grace and respect.

Buddy was preceded in death by his parents, his brother Marvin, and sister Betty Carol.  He is survived by his wife Janie; his brother Charles; his sister Linda; his children Sutton, Chris and his wife Leslie, and Lee and her husband Jesse; his grandchildren, Holden, Brandon and his wife Allie, Bradley, Mackaya, Joshua and his wife Haley, and Christian; great-grandson Elijah, and another great-grandson due in May.  He is also survived by his friends, Skipper Rush and Randy Langston, and innumerable others.

Condolences may be sent to the Lindsey family in care of Jeter Memorial Funeral Home at www.jeterfuneralhome.com.