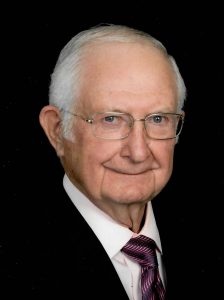 Charles Louis Orsak passed away peacefully in his home on July 4, 2020 in Friendswood, Texas at the age of 81. He was born in Iowa Colony on September 25, 1938 to Charles and Augustina Orsak. He was happily married to Ann Hubenak for 50 years, and after her passing in 2010, Charles was blessed with a second great love when he married Joan Kreuzer in 2012.

A loving father, grandfather and great-grandfather; he cherished time spent with his family and will be missed tremendously. Charles was the ultimate caregiver with a heart of gold; happiest on the dance floor and lived life to the fullest – down to the finest detail. He worked as a Machinist for Union Carbide for over thirty years and served as a Minister of Communion for St. John the Baptist Catholic Church. On Friday nights during Lent he could be found frying fish with his fellow Knights of Columbus members. The countless memories he made, and lessons shared will continue to live on through each new generation. Free from pain and suffering, he is now in wonderful company within our army of Guardian Angels.

Charles was preceded in death by his father, Charles Orsak, his mother, Augustina Orsak, his brother, Edward Orsak, his former wife, Ann Orsak, and his stepdaughter Kathleen Denise Zarrinabadi.

A visitation for Charles will be held at St. John the Baptist Catholic Church, 110 E. South St., Alvin, Texas 77511 at 9:30 A.M. on Thursday, July 9, 2020. Mass will begin at 10:00 A.M. A graveside service will follow at South Park Funeral Home – Resurrection Cemetery in Pearland, Texas. Please have a face mask available to you in compliance with current State of Texas mandates.

In lieu of flowers, donations may be made in memory of Charles Orsak to MD Anderson Cancer Center at www.mdanderson.org  or to St. John the Baptist Catholic Church. Donations to the church can be mailed to 110 E. South St., Alvin, Texas 77511.