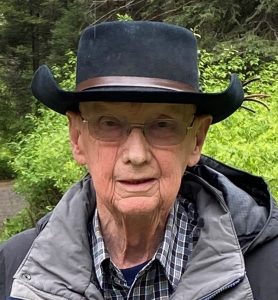 Bobby (Bob) K Culpepper, 79, of Friendswood, TX passed away in his home Tuesday morning, November 24, 2020.  He was born to parents Walter and Exa (McAlexander) Culpepper in Elk City, OK on September 7, 1941.  He was raised in Reed, OK where he graduated from High School in 1959.  He spent his years there working on his parent's farm.  He earned his BS in Physics and Mathematics at Southwestern State in Oklahoma in 1963.  He met and married the love of his life, Norma Tullos in 1965.  He earned his Masters and then his PhD in Aerospace Engineering at the University of Texas in 1971.

Bob fathered 3 children:  Scott, Laura, and Cynthia.  After graduating with his BS, he worked at NASA.  After earning his PhD he began work at McDonnell Douglas in 1971.  In 1979, he and 6 friends worked together to write a proposal for NASA and won the bid – thus began the birth of their company Barrios Technology.  He continued work as a contractor of NASA for many years at Barrios, Lincom, and other companies until his retirement from Metecs.

Bob accepted Christ as his Savior at a young age.  His family was blessed to have a foundation of faith to grow upon.  He was ordained as a deacon in churches in Allendale, New Orleans, and Friendswood.  He was ordained as a Minister in League City in 1978 and among other services in the church, taught 9th Grade Sunday School.  Bob and Norma joined First Baptist Friendswood in 1979 and have been active members ever since serving in a variety of roles.  He was an avid reader of the Bible and read through it numerous times.  He was unashamed and encouraged others to follow in faith.

He is survived by his wife, Norma Culpepper, his children, Scott Culpepper, Laura McCrary, Cynthia Lowery and their spouses, six grandchildren: Jacob, Abigail, Hannah, and Micah McCrary and Reagan and Reece Lowery, his sister Ella Sherrill, and many loved nieces and nephews and his two goddaughters Ashton and Audrey Cruz.

He is preceded in death by his parents: Walter and Exa Culpepper and his sister Lela Culpepper Smith.

Condolences may be sent to the Culpepper family in care of Jeter Memorial Funeral Home at www.jeterfuneralhome.com.